I loved performing and contributing to this meaningful film project. “Day after Day”.  In this performance piece, I took a few for the team in order to get the necessary shots!

Due to multiple takes and body slams against the backing wall, my chest took a beating (left with some bruising). Thankfully the wall itself was a reinforced bounce-back board that took most of the impact.

With a stunt coordinator overseeing the physical elements we blocked and camera-rehearsed a closed fist to the face (a pulled punch) where I had to time it with a head whip action. However, the punch to the face sequence was cut from the final production.

Although realistic, the New Zealand Broadcast Standards Authority deemed it “too real” for TV advertising.

Rightfully filming this blocking element did upset the crew. It was one of the most “quiet” pin drop sets I’ve worked on to date. You could feel the charged tension in the air.

We (cast and crew) donated our time and talent with the filming of this campaign titled “Day after Day” which also won silver (New York Festival) and Gold at the New Zealand Axis Awards.

“Day after Day” – depicts how the physical and emotional abuse of women by their partners is a private outrage carried out behind the closed doors of even the most respectable homes”
–Onfilm. 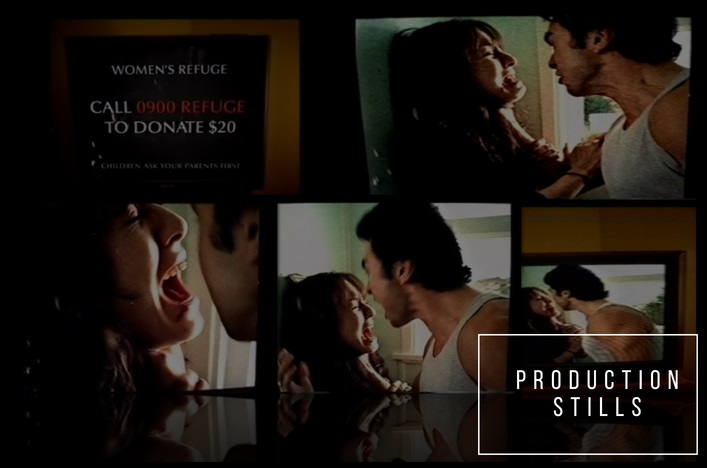 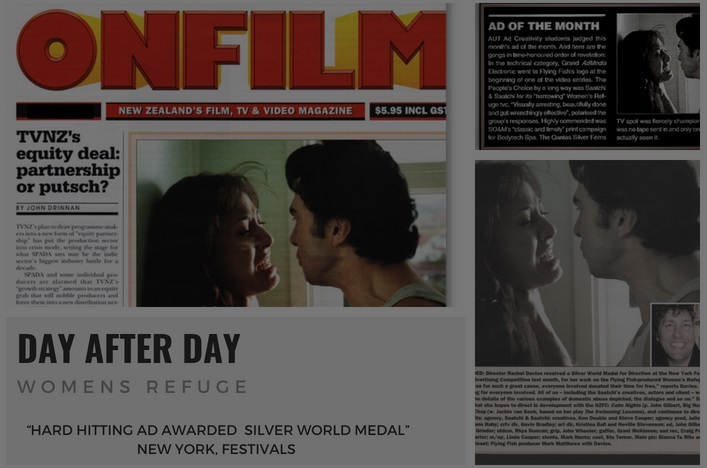